Following are recent news items from IID. For additional news items through 2016, click on the archive link below. For all others, please contact IID's records management section.

In an example of how parties from two countries can collaborate to serve the public good and strengthen relations, officials from the IID and Mexico’s Centro Nacional de Control de Energía gathered today to salute their successful joint US-Mexico partnership.

In an example of how parties from two countries can collaborate to serve the public good and strengthen relations, officials from the Imperial Irrigation District and Mexico’s Centro Nacional de Control de Energía gathered today to salute their successful joint US-Mexico partnership.

Under an existing presidential permit the district holds with the U.S. Department of Energy, since the end of June IID has implemented a remedial action plan to provide a continuous flow of electrical energy to a growing and underserved region south of the border in Mexicali, Mexico that requires added capacity to get through the warm summer months.

“The Imperial and Mexicali valleys are adjacent to and interdependent upon one another,” said Erik Ortega, IID board president, at an international gathering held in the City of Calexico council chambers that recognized the partnership. “This agreement has allowed us an opportunity to work together, to help one another and it’s especially important to me because I represent Division 4 that includes the entire IID service area along the U.S.-Mexico border.”

A double circuit stemming from IID’s Bravo Substation, located in Calexico near the All-American Canal, serves as a direct intertie between the two utilities to deliver as much as 27 megawatts of energy to an area of Mexicali that includes industrial businesses, a hospital and thousands of homes. On average, the energy demand has been between 13-15 megawatts, peaking as high as 20.

Given the high demand for energy during the summer months, IID has assisted its southern neighbor, who is experiencing phenomenal growth, allowing the district to serve a portion of the energy load while CENACE and Mexico’s Comisión Federal de Electricdad work to secure infrastructure, generation and resources to meet their future needs.

While working in direct collaboration with Mexico under this agreement, IID’s own electric grid and customers remain the district’s priority. However, with additional capacity IID has been able to provide this added service to CENACE.

“This interconnection significantly contributes to CENACE's reliability compliance criteria,” said Quirazco. And IID’s efforts to accomplish it are crucial for the operation of the Baja California electrical system, therefore CENACE thanks IID for achieving the formalization of this new work partnership that will strengthen the relations between entities in the following years.” 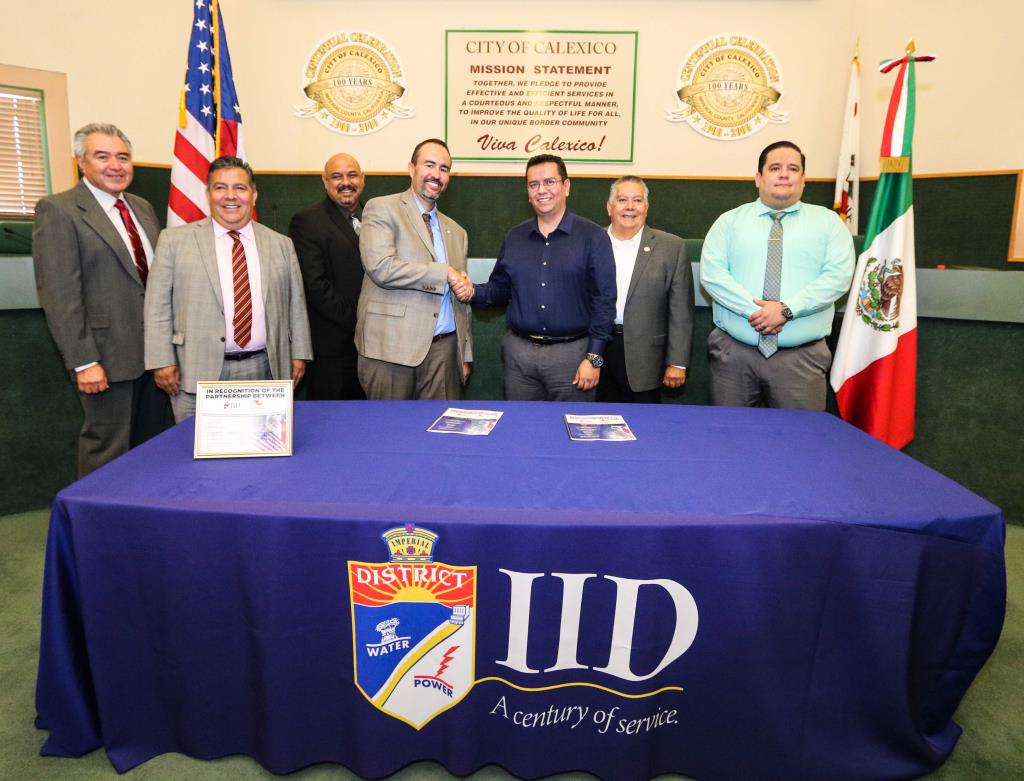