As we deal with the ever evolving COVID-19 situation, IID, your essential services provider, remains open for business; ensuring the continued delivery of power and water to our customers in the Imperial and Coachella Valleys. We urge customers to follow all recommended health precautions and suggest making payments by phone, mail, mobile app or through IID.com. Please visit our COVID-19 page for more information. 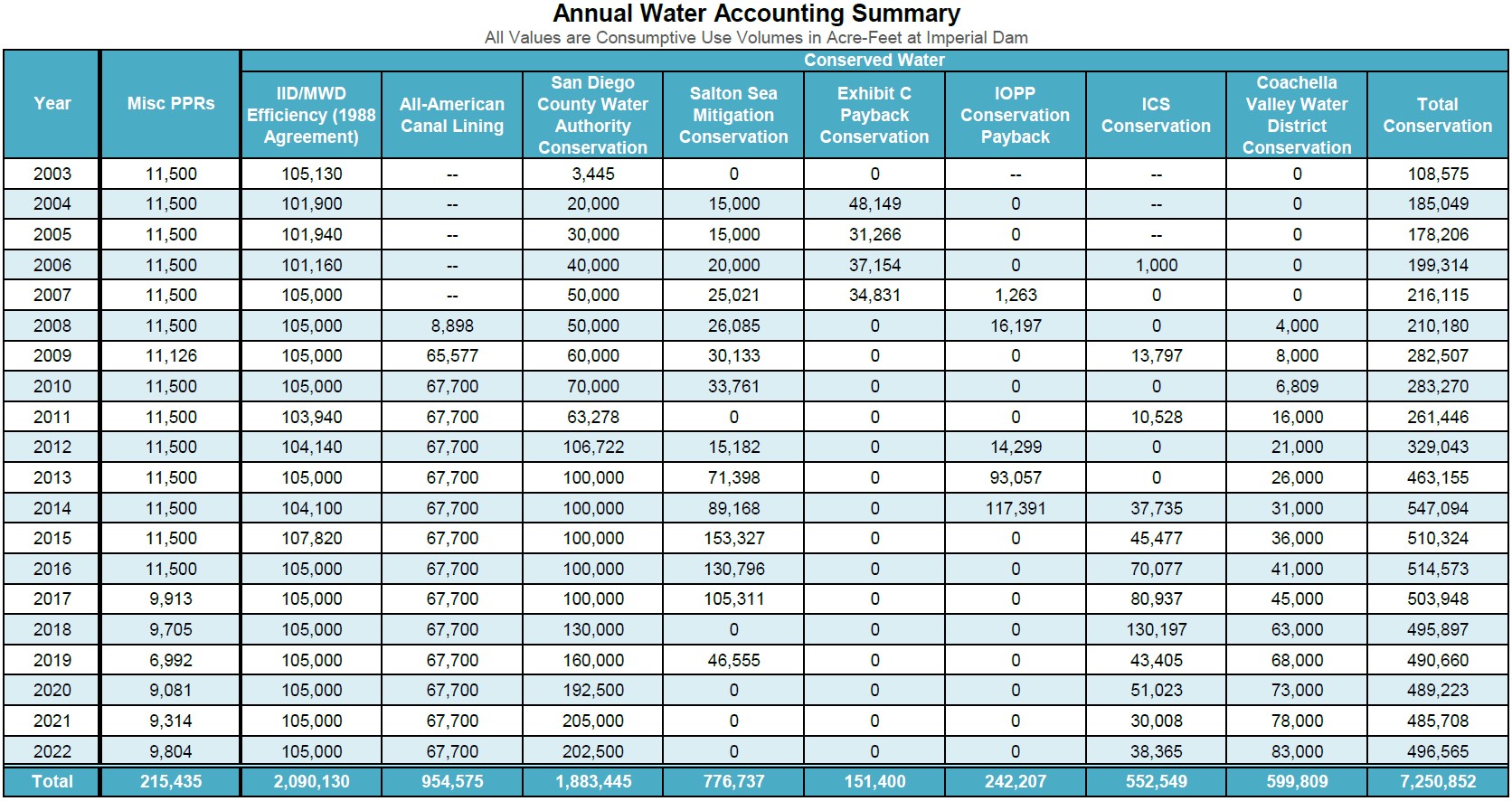 Organized in 1911 under the state water code,IID is the 4th largest irrigation district in the nation, delivering water to a half-million acres of farmland in one of the most productive agricultural areas in the U.S. IID manages the largest gravitfed irrigation system in the Western Hemisphere, delivering Colorado River water for agricultural, urban, industrial, environmental and recreational use. Over 95 percent of water delivered in the IID service area goes to support agriculture, yielding food and fiber for the nation and driving local, regional and state economies. A public agency, the district is governed by a five-member board of directors elected by the residents in the water distribution area. The Colorado River water that IID delivers is the Imperial Valley’s sole water supply and is literally its lifeblood; it supports a booming farming industry with a gross value of $1.92 billion in 2015.
With a 3.1 million acre-feet annual entitlement to Colorado River water, IID is a careful steward of every drop of this precious resource. Though conservation measures date back many years, since the 2003 implementation of the Quantification Settlement Agreement, IID has aggressively been conserving water to meet the ramping-up conservation schedules – expecting to generate more than 314,000 acre-feet in 2016 for the QSA. This is in addition to the 105,000 acre-feet generated annually by the conservation program funded by the Metropolitan Water District of Southern California and the 67,700 acre-feet conserved by the All-American Canal Lining Project.
Collectively, with all its conservation efforts, IID will ultimately conserve about 15 percent of its consumptive use entitlement each year – over 487,000 acre-feet when all conservation measures are at full implementation.

Since its inception over a century ago, IID and its growers have implemented ambitious conservation programs and efforts that include concrete-lined canals and head ditches to reduce seepage, delivery system automation, regulating reservoirs, scientific irrigation scheduling, tailwater recovery systems, sprinkler irrigation, drip irrigation and land leveling.

In doing its part today to help California live within the state’s basic 4.4 million acre-foot apportionment of Colorado River water, IID is the primary implementer of the Quantification Settlement Agreement – the nation’s largest ag-to-urban water conservation and transfer project.

A System of Water Apportionment

Since 2013, IID has been implementing a system of apportionment to help agricultural water users more accurately plan and manage their annual water use. Under IID’s Equitable Distribution Plan, the district offers an apportionment volume, equivalent to a water budget, at the start of the year to each farm unit. The apportionment is determined using a hybrid calculation comprised of half of a field’s historical average annual water use and a straightline, acre-foot-per-acre value.

Agricultural water users are encouraged to closely plan their yearly cropping plans and irrigation schedules to maximize their apportionments. The district provides support to growers who seek assistance in creating crop water budgets and measurement tools to monitor their field water use throughout the year.

Further, in cooperation with the ag community, the district established an Agricultural Water Clearinghouse to provide a method for free water transfers between farm units. This allows a farm unit that has more apportionment than is needed for its cropping mix to offer excess water through the clearinghouse to farm units that may need additional water to finish a crop.

Fallowing is the practice of temporarily taking active farmland out of production. Water, which under normal circumstances would have gone to the land to produce crops, is considered conserved under the fallowing program. Conserved water from fallowing is transferred to the San Diego County Water Authority, used for delivery to the Salton Sea (through 2017) to mitigate the environmental impacts of these transfers, and for payback or storage purposes. The water transfer schedules call for the district to generate 150,000 acre-feet per year through fallowing from 2013 through 2017 for these mitigation and transfer needs, after which IID’s required fallowing will be completed. In 2014, the fallowing program was re-engineered to better integrate it with the farm unit approach developed for the district’s Equitable Distribution Plan.

Under this program, voluntary water efficiency improvement projects and conservation measures are implemented as contracts are made between the district and ag water users. The program pays participants $285 per acre-foot of delivered water reduction, which is verified against historical deliveries specific to each field and crop.

Considered to be one of the largest civil engineering efforts in the country at the time, the canal lining project consisted of constructing a parallel canal, 23-miles in length, emerging about 20 miles west of Yuma, Ariz., and extending to IID’s Drop 3 hydroelectric facility.

IID conserves 105,000 acre-feet annually for the Metropolitan Water District of Southern California through the historic water transfer agreement entered into by the parties in 1988. Not to be confused with IID’s more recent System Conservation Plan, for nearly three decades MWD has been funding capital and annual operating and maintenance costs for specific water conservation projects in the IID water delivery system in exchange for the conserved water generated by the projects. Water conservation measures include:

As the QSA’s primary implementing agency, IID invests its interests in the Salton Sea Restoration and Renewable Energy Initiative as a solution to preserve the long-term viability of the water conservation and transfer pact among California’s Colorado River water users.

Under the Salton Sea initiative, IID seeks to integrate the resolution of Salton Sea environmental and public health impacts from the QSA water transfers with the development of renewable energy assets in the region to create a beneficial water-energy nexus.

Additionally, IID’s petition to the California State Water Resources Control Board similarly requests the state live up to the Salton Sea restoration obligations it committed to in 2003 in order to ensure the long-term viability of the various conservation and transfer programs that provide water supply reliability to Southern California. IID and its partners believe that a smaller, but sustainable, Salton Sea restoration plan is viable and will, over the long-term, proactively address transfer-related environmental concerns while reducing long-term mitigation costs and public health impacts.